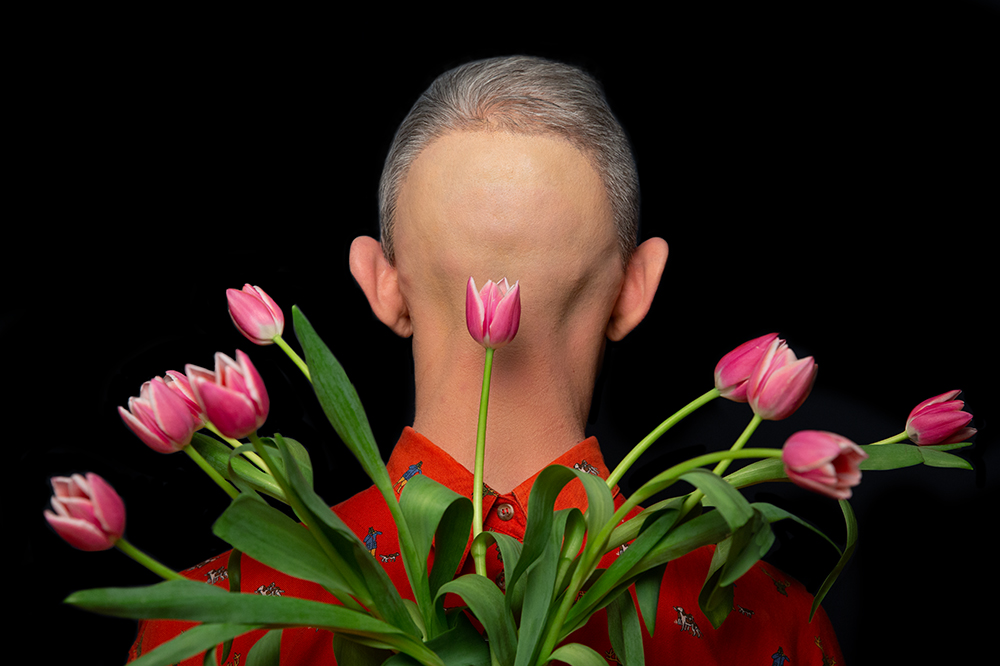 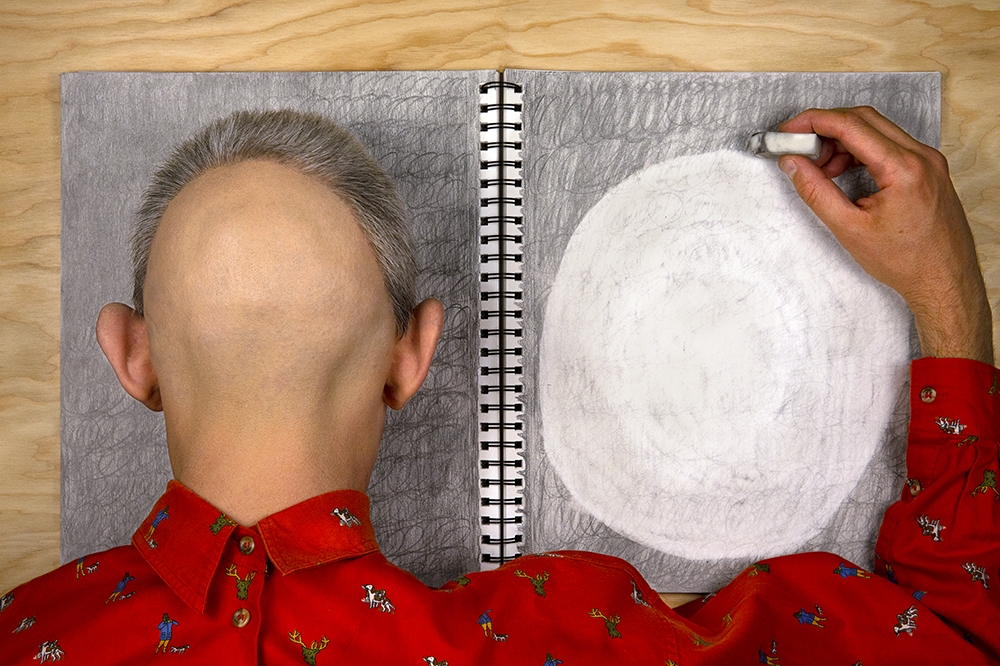 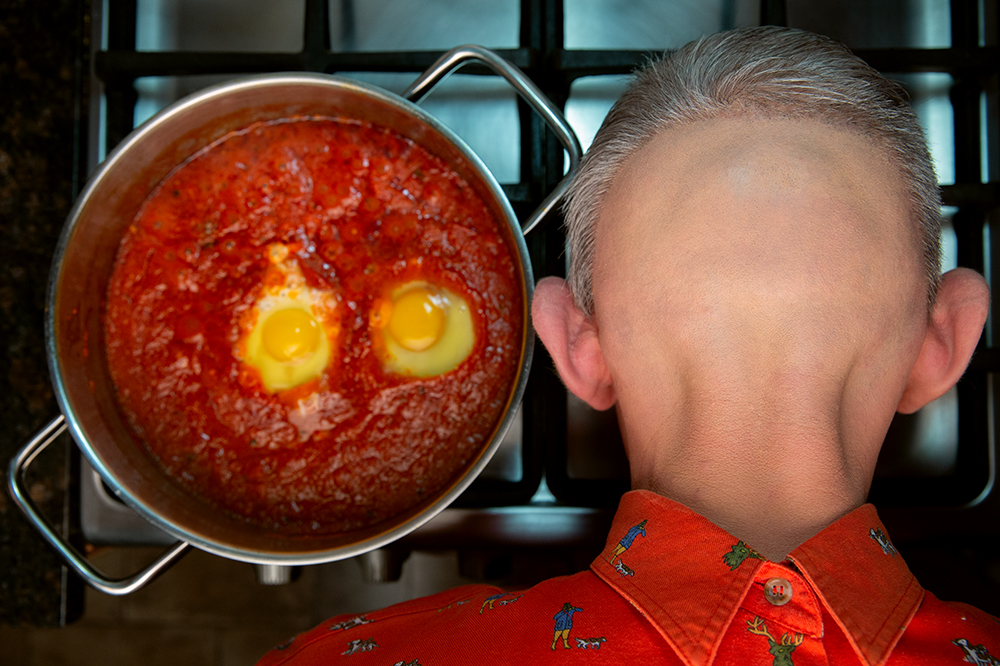 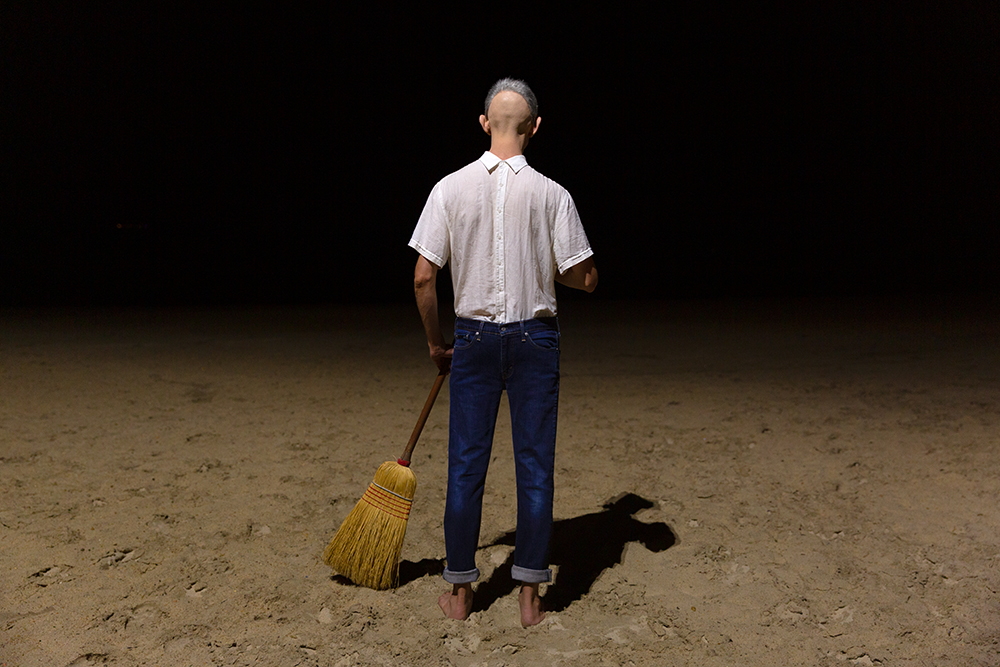 The Back Side Project

The exhibition presents photographs from the Back Side project. At the center of the project is a protagonist whose face has been erased from facial features. Different scenarios portray a mundane existence in a world whose marks have been removed. Constantly turning his back to the camera, this isolated figure transformed the home into a theatrical stage, where he interacts with objects turned “animated” by their proximity to the faceless head. There’s a constant desire to communicate and find expression in the absence of a gaze, through props, sounds, and play. The work aims to generate a binary structure: backward and forward, front and rear, serious and funny.

A defamiliarizing effect is created through conceptual and material interventions: make-up and props are manipulated to construct an erased existence and turn the real into artificial. Books have no titles or words, photographs are blanked out, labels are removed; we’re left with data.

Several photos portray episodic daily routines consisting of absurd cleaning activities: sweeping sand on the beach, vacuuming his own body, and windexing his self-reflection from the window. The cleaning process becomes cleansing, erasure or cancellation. In these actions of self-punishment, identity is stripped out to uncover shame.

A playful role reversal takes place between the “puppet” (back) and the artist ”puppeteer” (front). The constraints of the performance result in a hidden tension between the two sides: a head resting comfortably on a pillow is thus ahead being strangled.

The work on this project started at the artist’s apartment in New York during quarantine. Whereas isolation is a state often imposed on his characters, COVID-19 turned hypothetical scenarios into reality. The home turned into a film set instead of vice versa.

The exhibition is held concurrently with the artist’s solo exhibition at Fundación CALOSA, Irapuato.