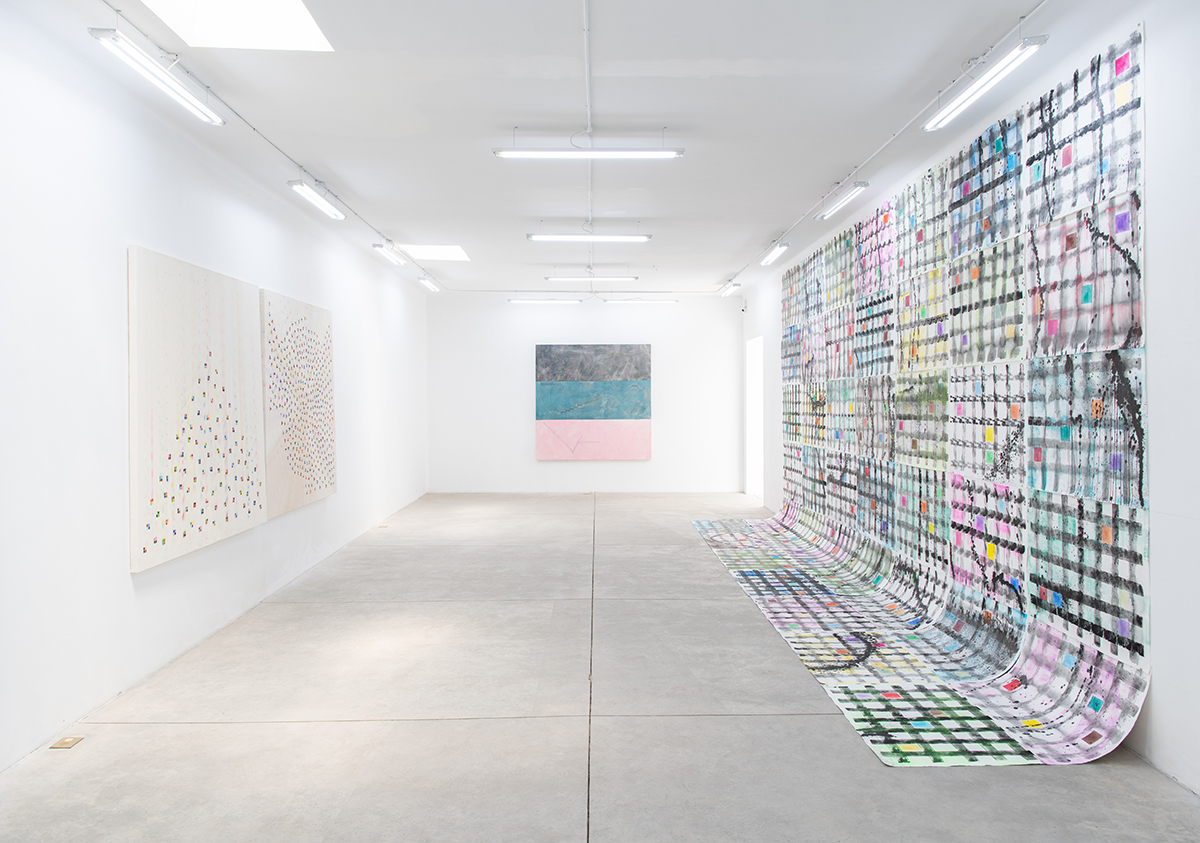 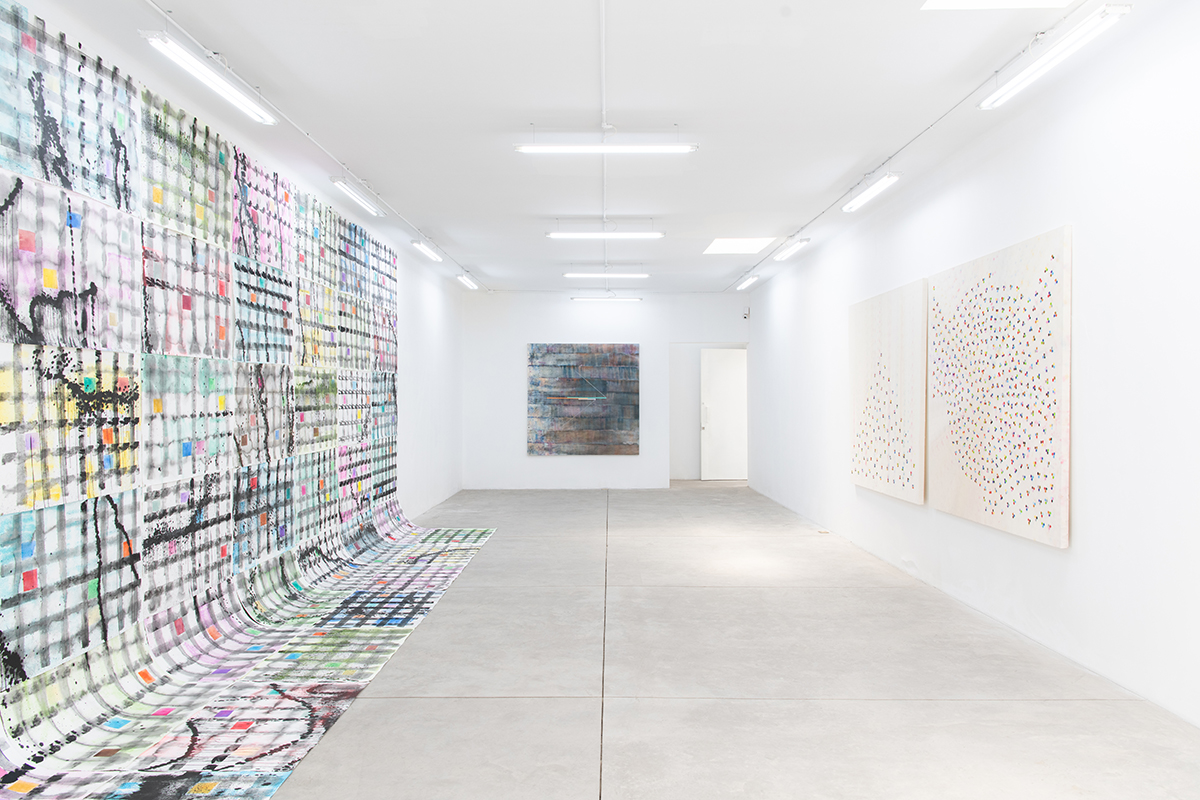 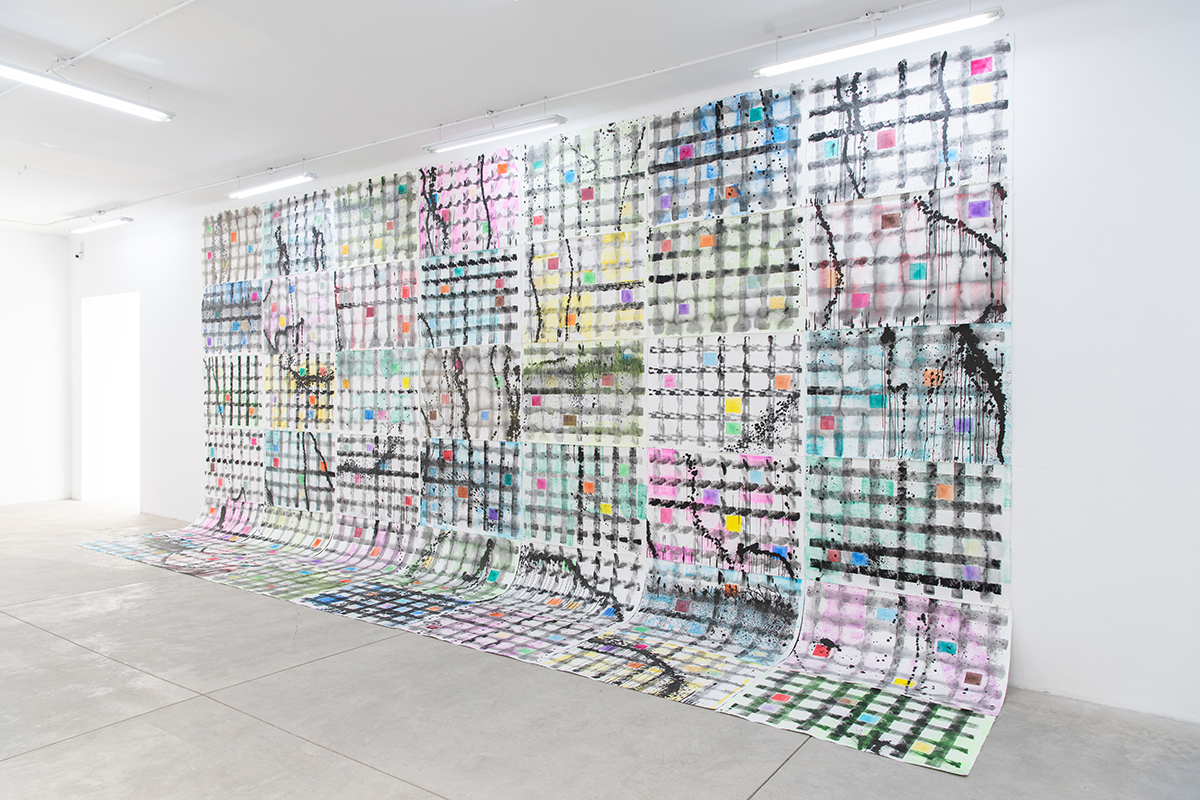 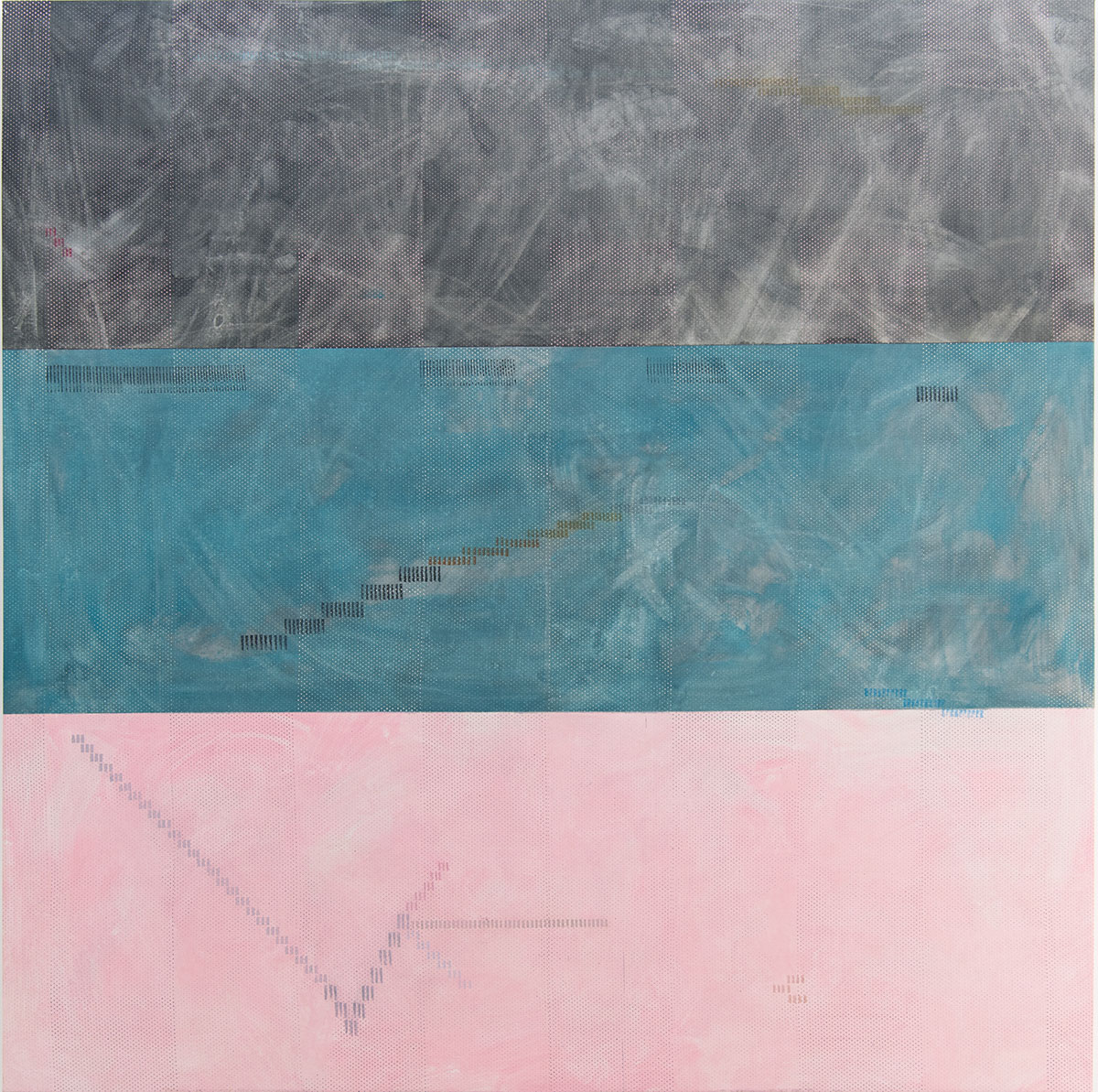 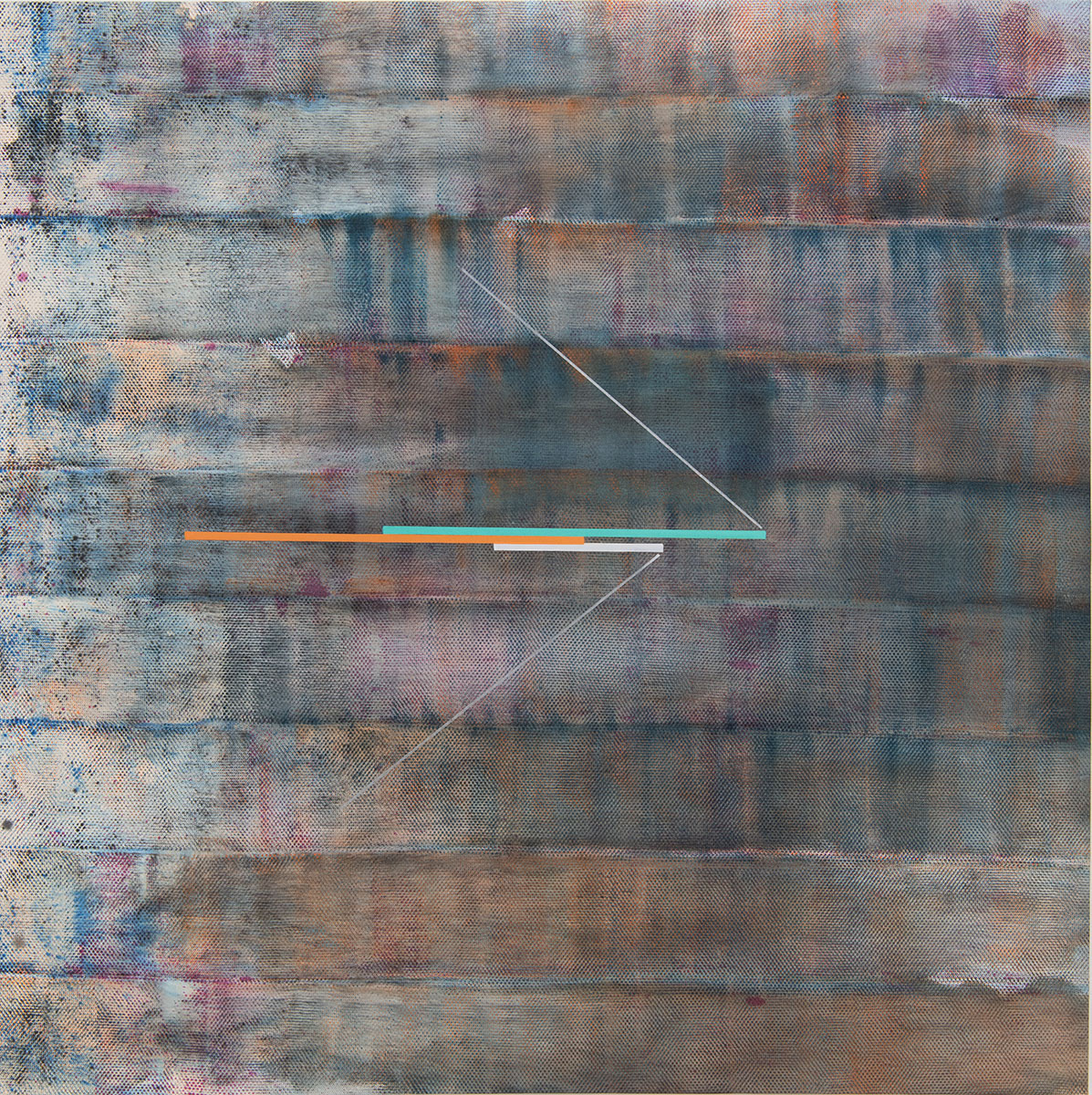 I Had a Line, Quite a Line…

During the last decade, Santiago Merino has developed one of the most innovative visual arts productions in Mexico. His multiple artistic, technical and aesthetic-formal findings unify his work by linking the old traditions of Western painting with the legacies of twentieth-century modern and contemporary painting and the virtual and global circulation of twenty-first century images.

His production encompasses more than twenty series and works, an important part of which he has developed by utilizing two principal techniques: the application of plastic materials such as industrial plastic wrap, and the adaptation of basic mechanical tools, ink markers and small rollers for example, with which he effects pictorial strokes in series.

Today, Santiago’s work is simultaneously maturing and expanding in its grand capacity for technical experimentation and aesthetic innovation, as well as in the growing relevance of its processes and topics. The critical view taken by the artist in his intervention Colaboraciones Forzadas(Forced Collaborations)demonstrates how he connects these processes and topics to his social, cultural and political environment at increasingly greater depths. Furthermore, the diversification and standpoint he makes evident through his recent use of media as diverse as video, objects, fresco painting and even waste material position Santiago Merino as one of the most solid, promising painters and visual artists to emerge from Mexico at the beginning of the twenty-first century.

I had a line, quite a line.

Without being fully aware of it, at some point I began to make my paintings without pigments and without paint, and even, without even drawing a single line. I noticed that there was more color in the reflections of a plastic like the shallow, where the silver light seemed more real and the tones and bright shades more intense than those of the oil. I left the brushes and invented new tools like rollers or markers intervened and with which I created and repeated different types of apparently figurative gestures. I had a line, quite a line…