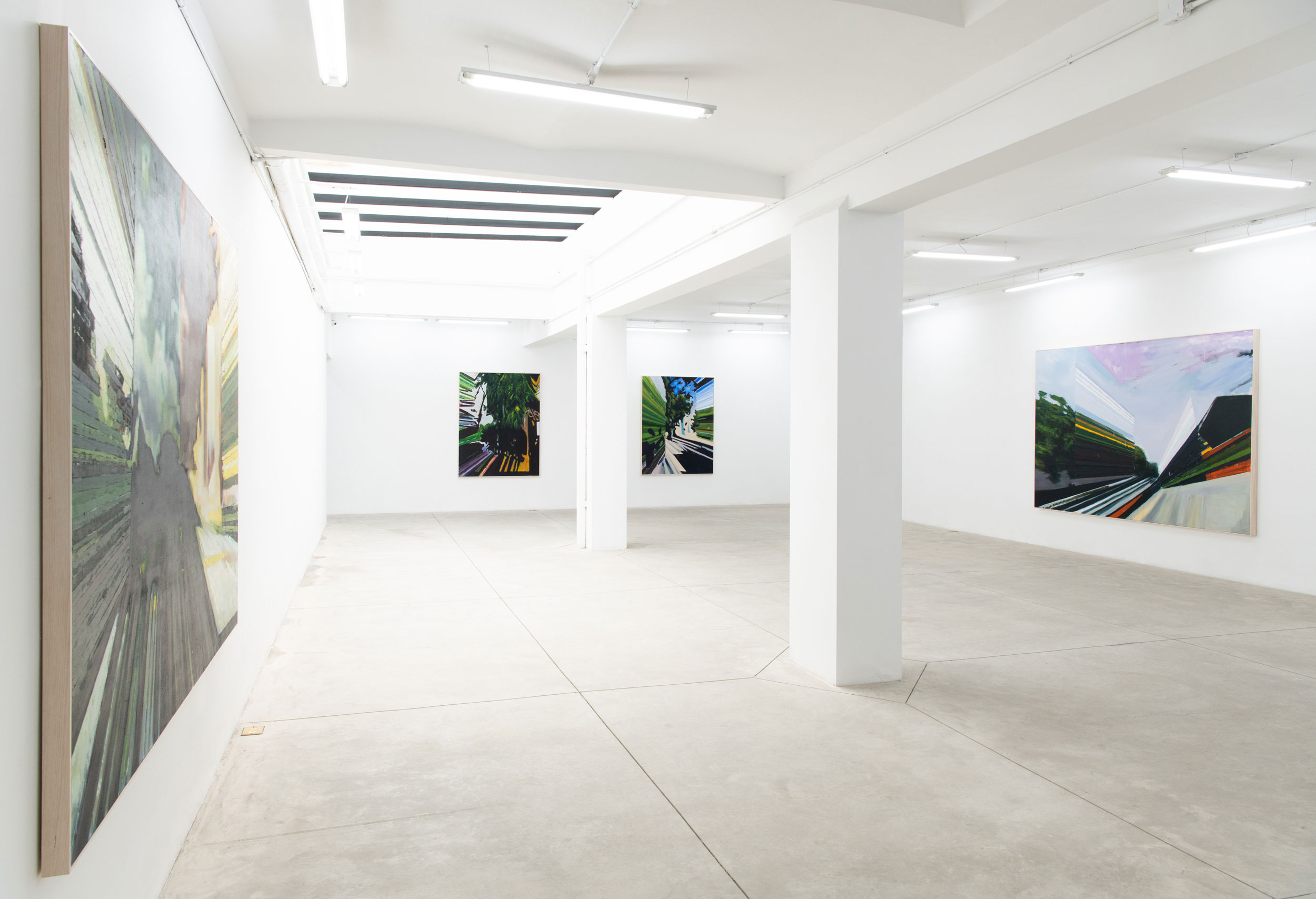 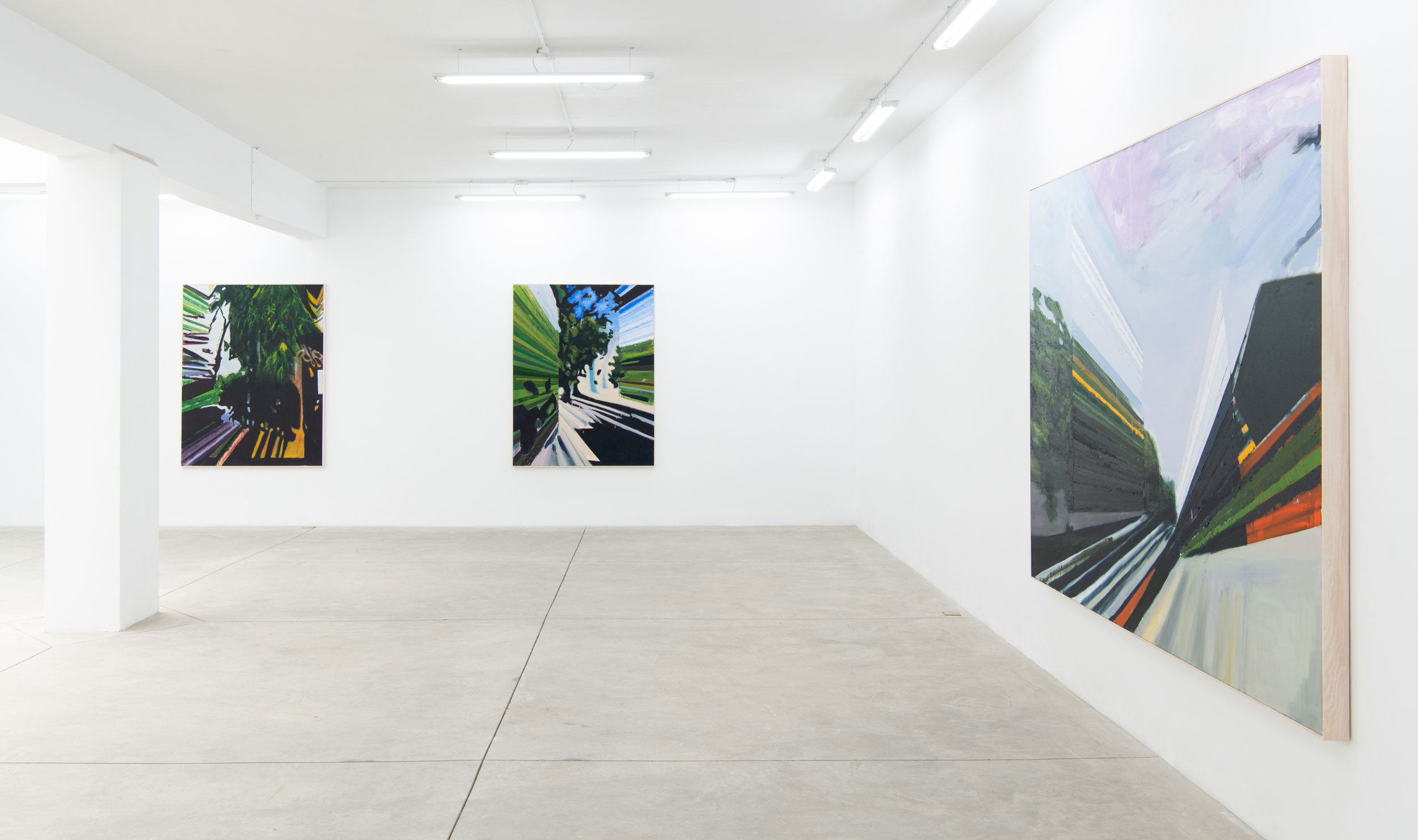 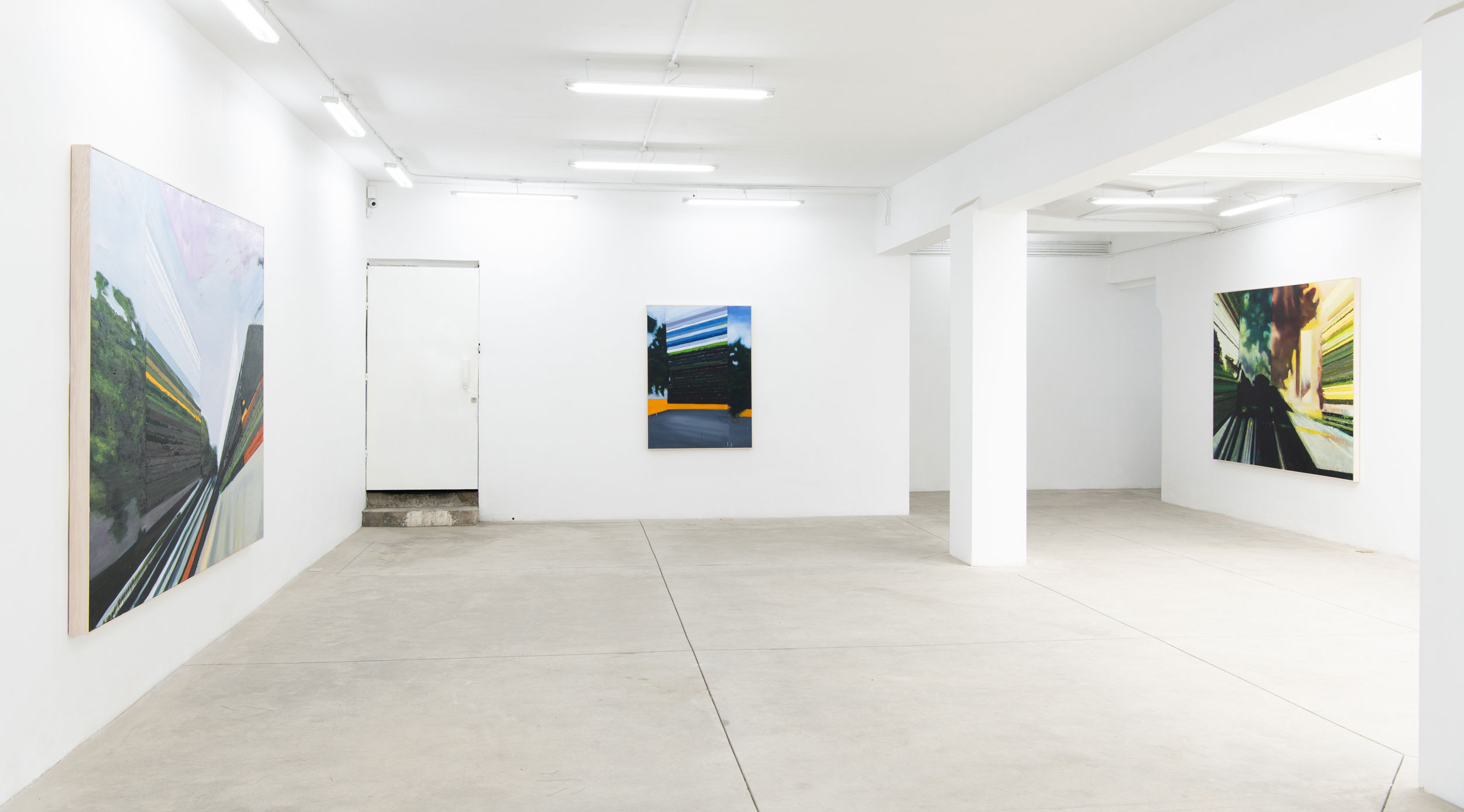 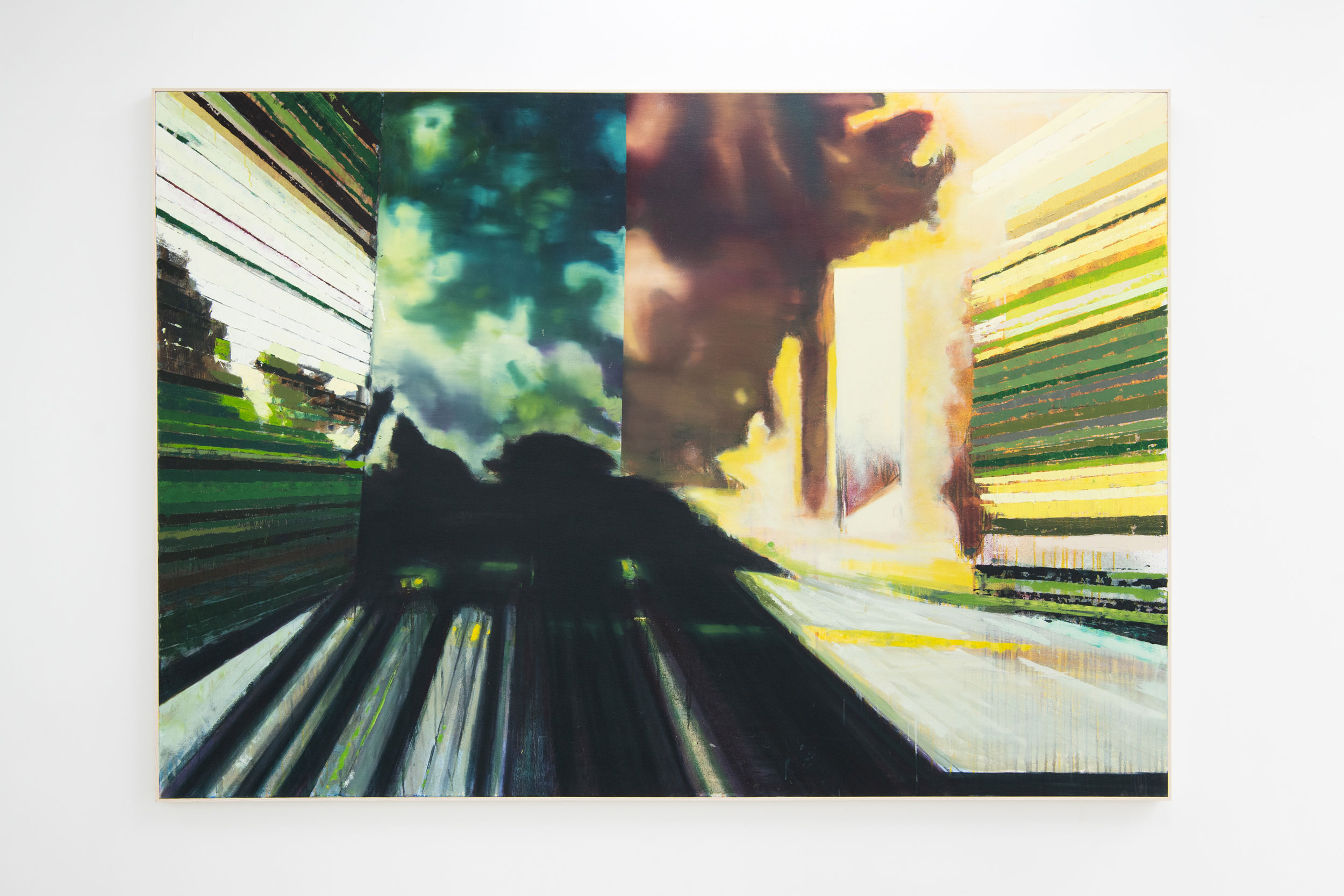 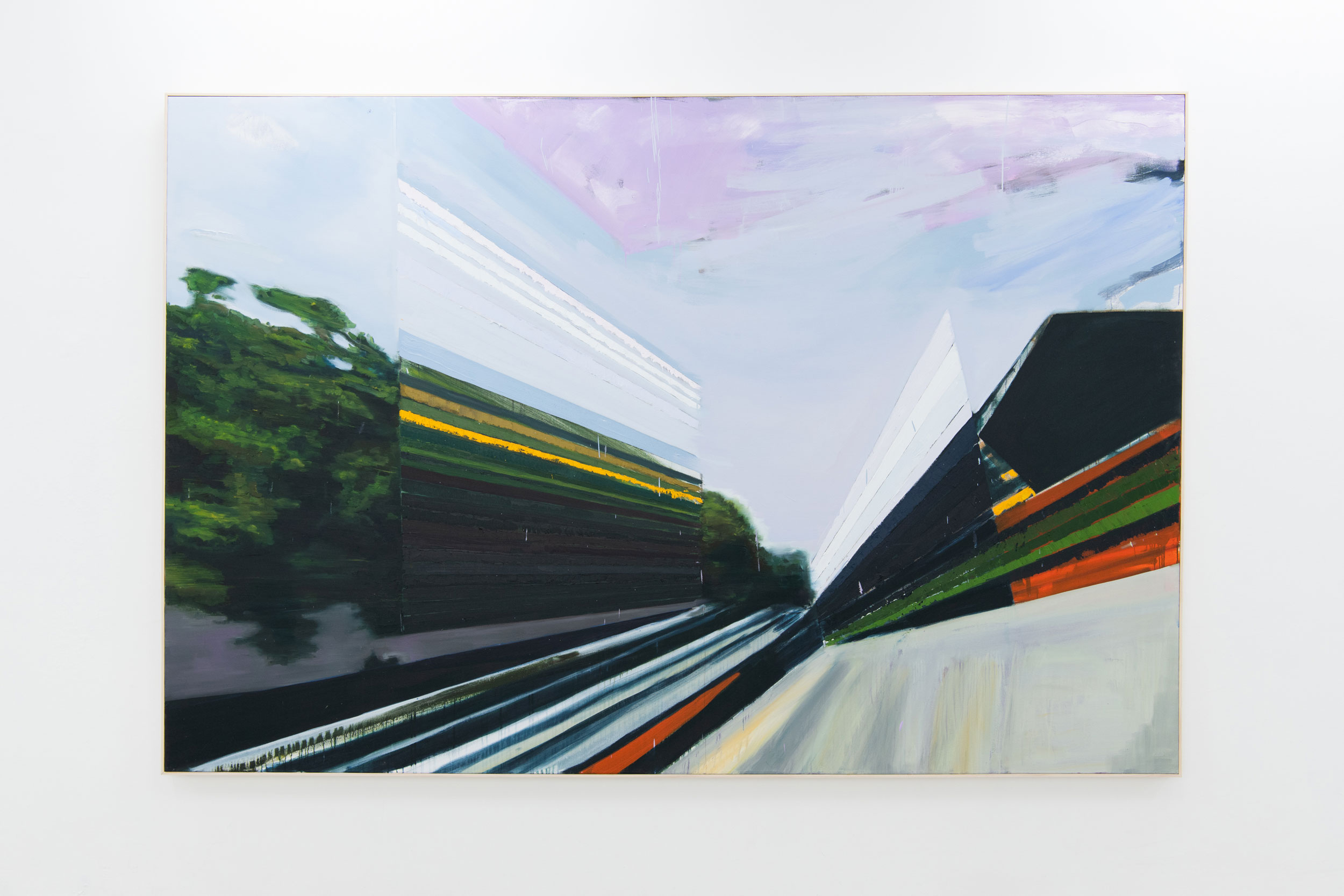 Recent technological developments have conditioned our perception of space due to the introduction of virtuality. The use of digital tools such as Google Earth, which presents satellite images taken from different angles of a single spot, pushes us to build an elaborate image, generating a compound topography from a technological simulacrum.

The diversity of images provided by this simulator are part of a new imaginary, they supply a multiplied and expanded vision of reality. The possibilities of visibility are innumerable and generate a complex span of different dimensions of the environment.

The series of displacements that we perform on a daily basis using this sort of geographic location devices have substituted other forms of wandering and direct exploration. A conditioned memory of space is created, in which visual elements are the only reference.

The urban wanderings experienced through this simulacrum are not a transformation of the field itself, but rather concern a transformation of the way in which the field is thought. Seeing images involves thinking and analyzing the information they provide, in a sort of conscious way. Virtual images reference this imaginary, therefore generating new possibilities of discussion.

But as every technological system in constant evolution, there is the possibility of failure in the execution of its functions. The glitches generated while images are loading and when screenshots are taken can be considered as an inflection point for the research of this project.

Glitches as distorted or blurred images constitute a crack from where non-representation is enhanced, but still offering a certain interpretation of the landscape.

The relation that I identify between painting and virtual images is originated from the similarity among these processes, where the probability of mistakes contributes by providing images with interpretative values.

The production models of this imaginary are constantly evolving in a technological sense and our perception is accordingly adjusted. The world vision that we have becomes complex and we establish new relationships with tangibility.

The images obtained from this geographic location program make a symptomatic allusion to the inherent processes of memory (perception), since they craft a complex image in a certain amount of time. Hence, within the delimited surface (canvas) where different planes converge, an image is formed by one or many juxtapositions.

The construction of elements through the system’s own randomness, in this particular case, a binary system; along with intentionality and error, which are a part of creative thinking, enable the possibility for a reinterpretation of landscape through painting.

The use of images and their production models are simultaneously the subject and the method of this project. By using these visual remnants, cultural references are displaced in order to propose new ways of reading images, opposing the indiscriminate consumption of visual content through the Internet.

As spectators and users of virtual space we are subjected to a series of selection criteria. These rules are programmed through a multiplicity of algorithms that regulate visual content. We are part of big data, which involves an extremely rapid information flow; our observation and synthesis capacities become obsolete. The possibility for a break only appears offline. I use painting for proposing new ways of approaching images taken from virtual models.

My statement expressed through painting concerns the synthesis and the construction of landscape elements, questioning the relation between reality and virtual representation. Through research and plastic experimentation, I create works charged with a discourse sustained in critical appropriation, approaching the current problem of image production in the context of contemporary painting.