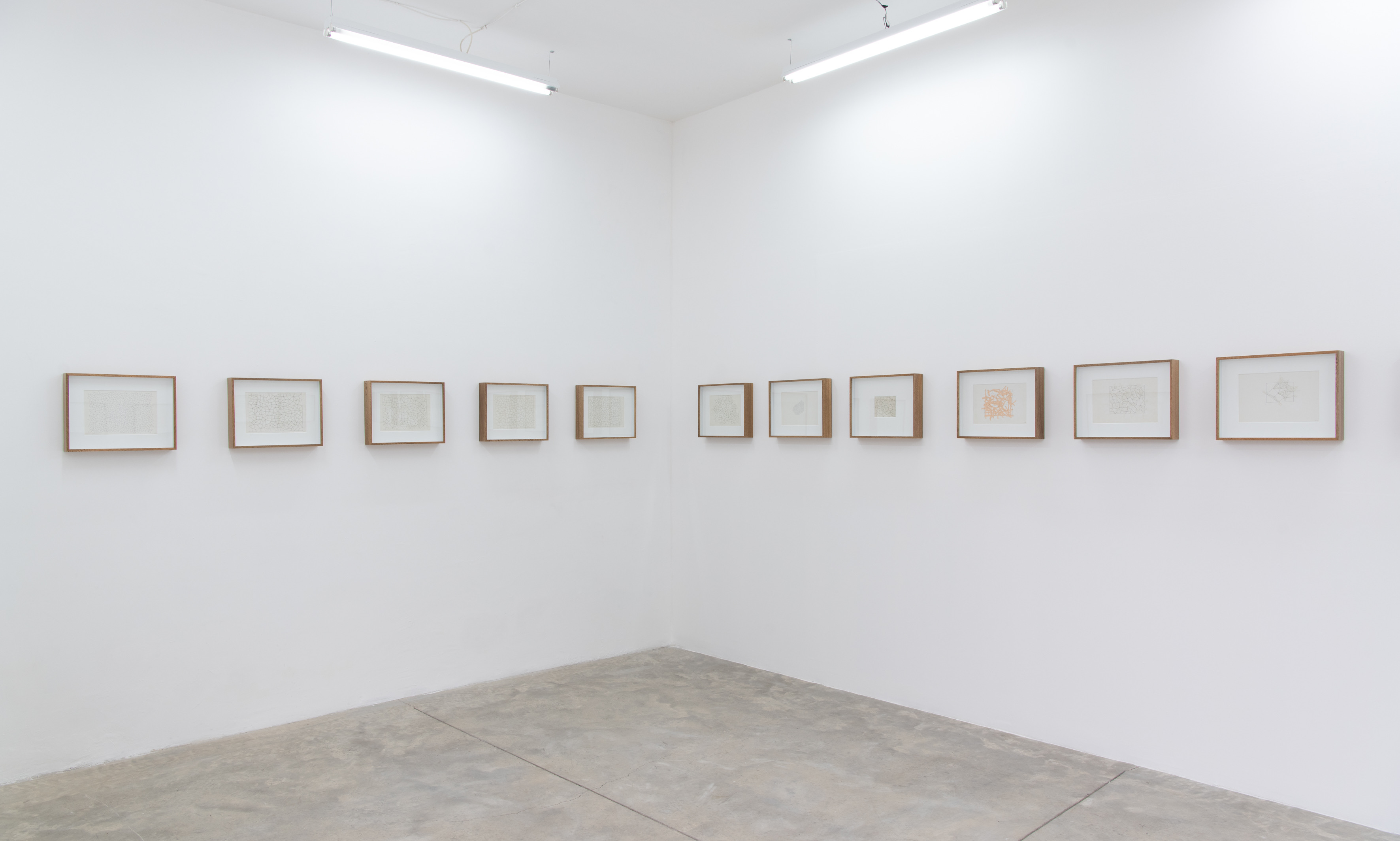 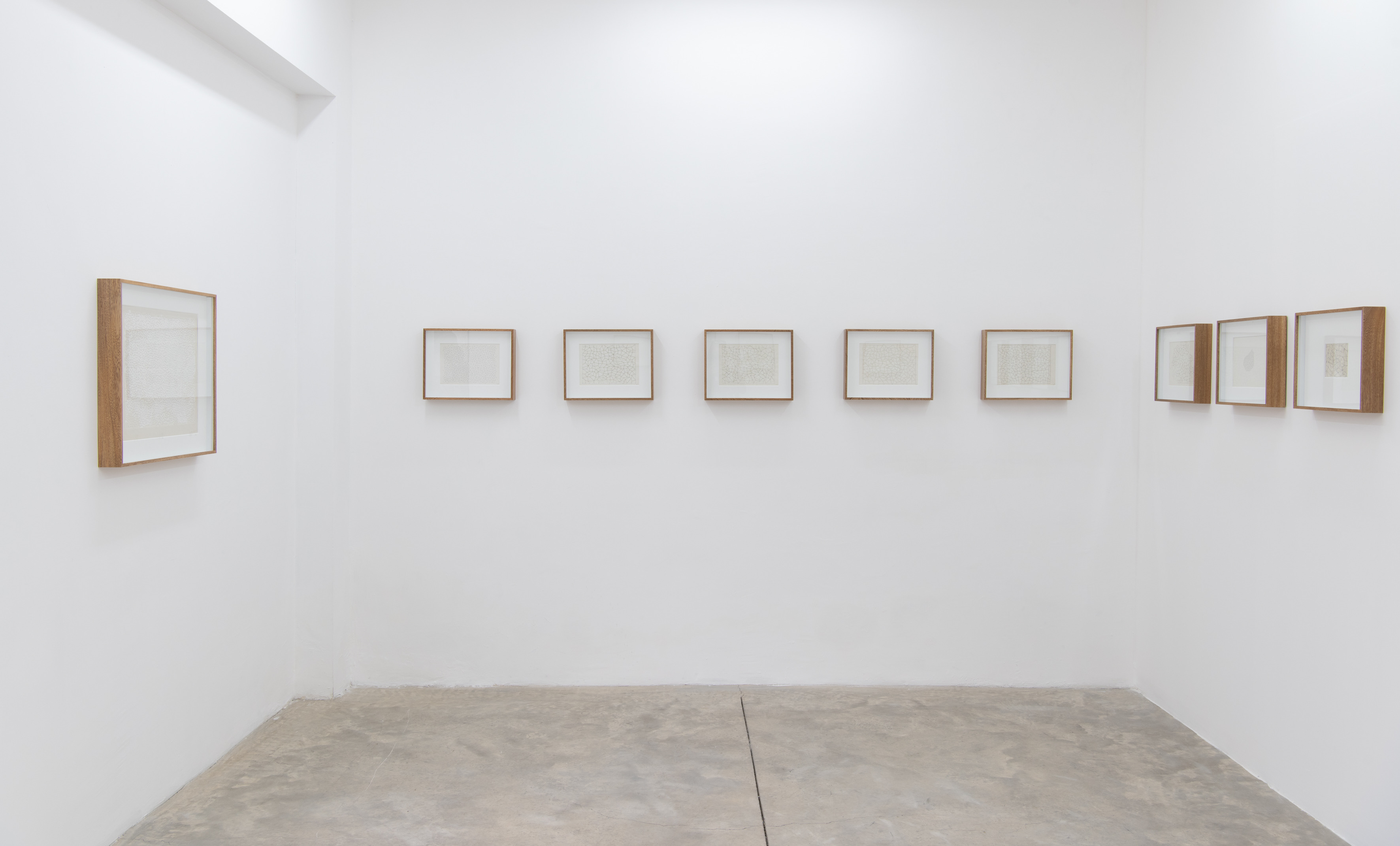 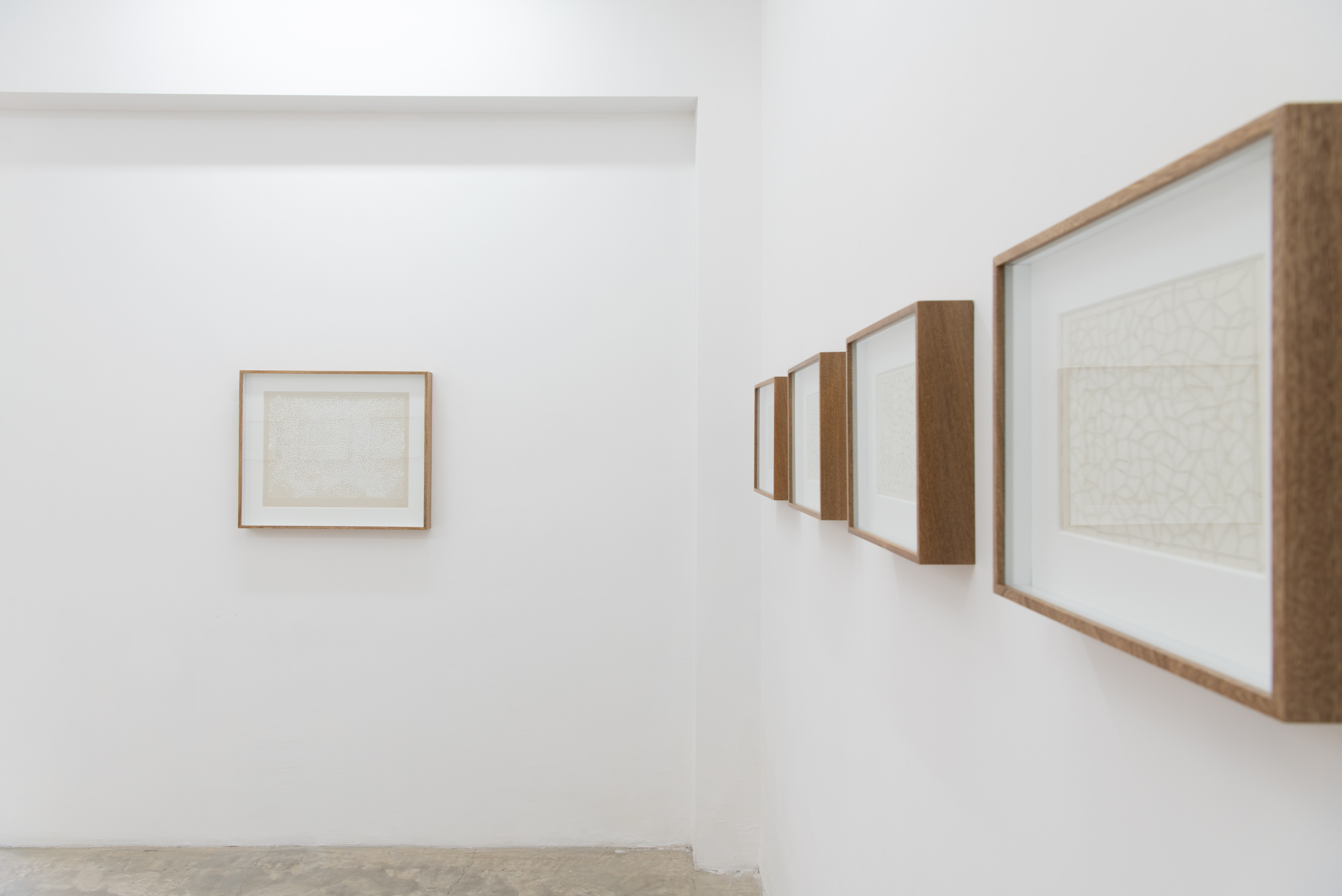 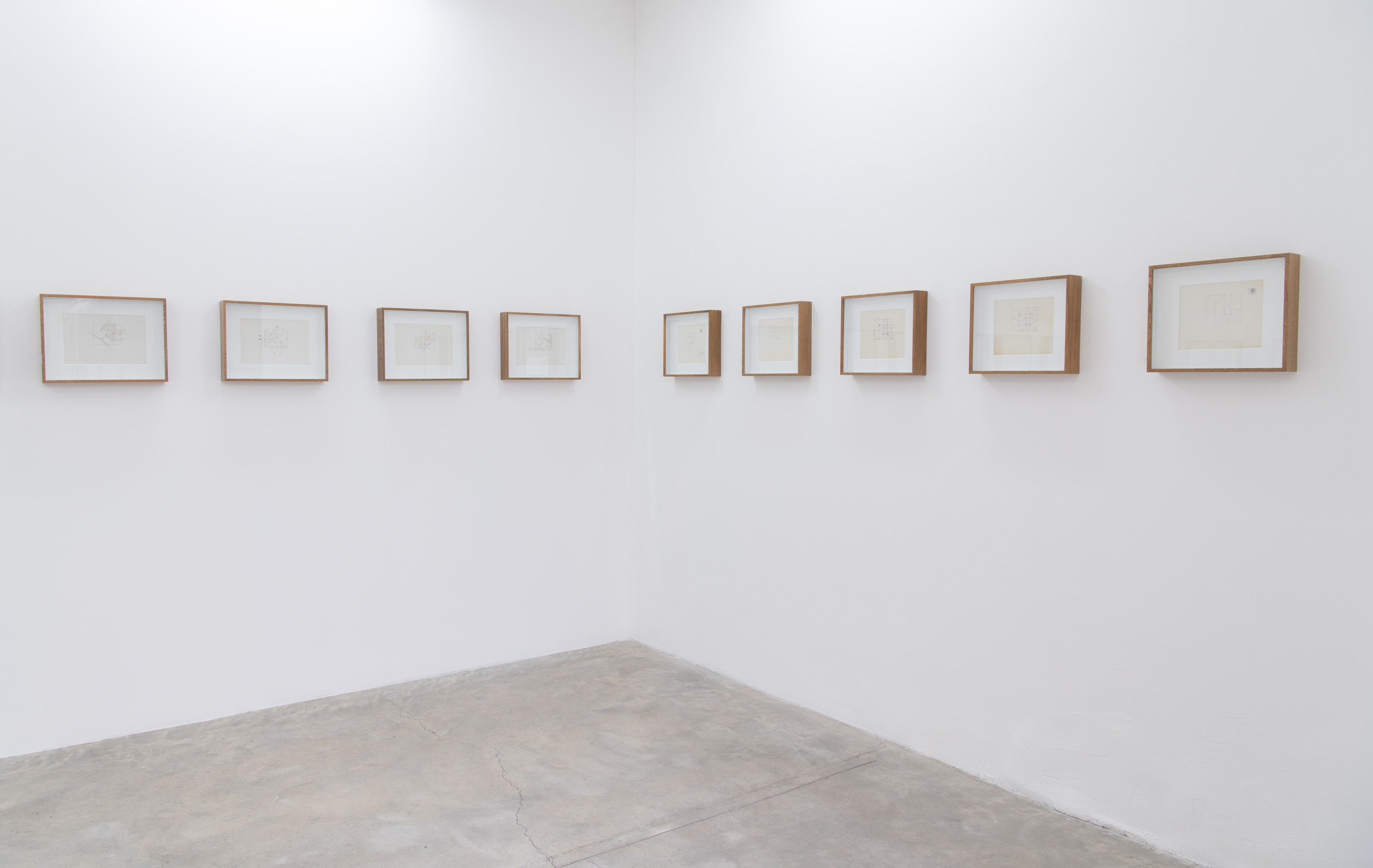 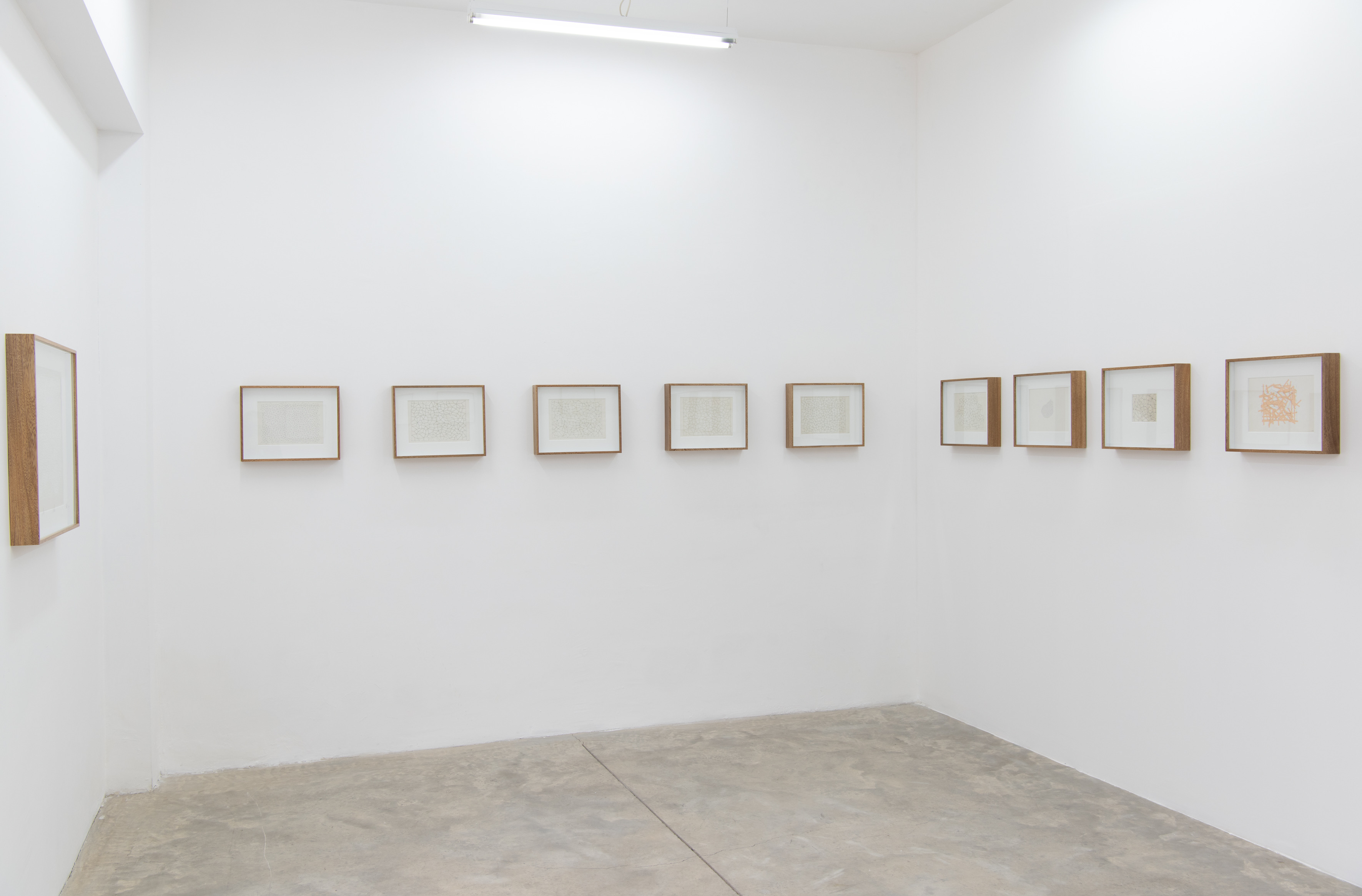 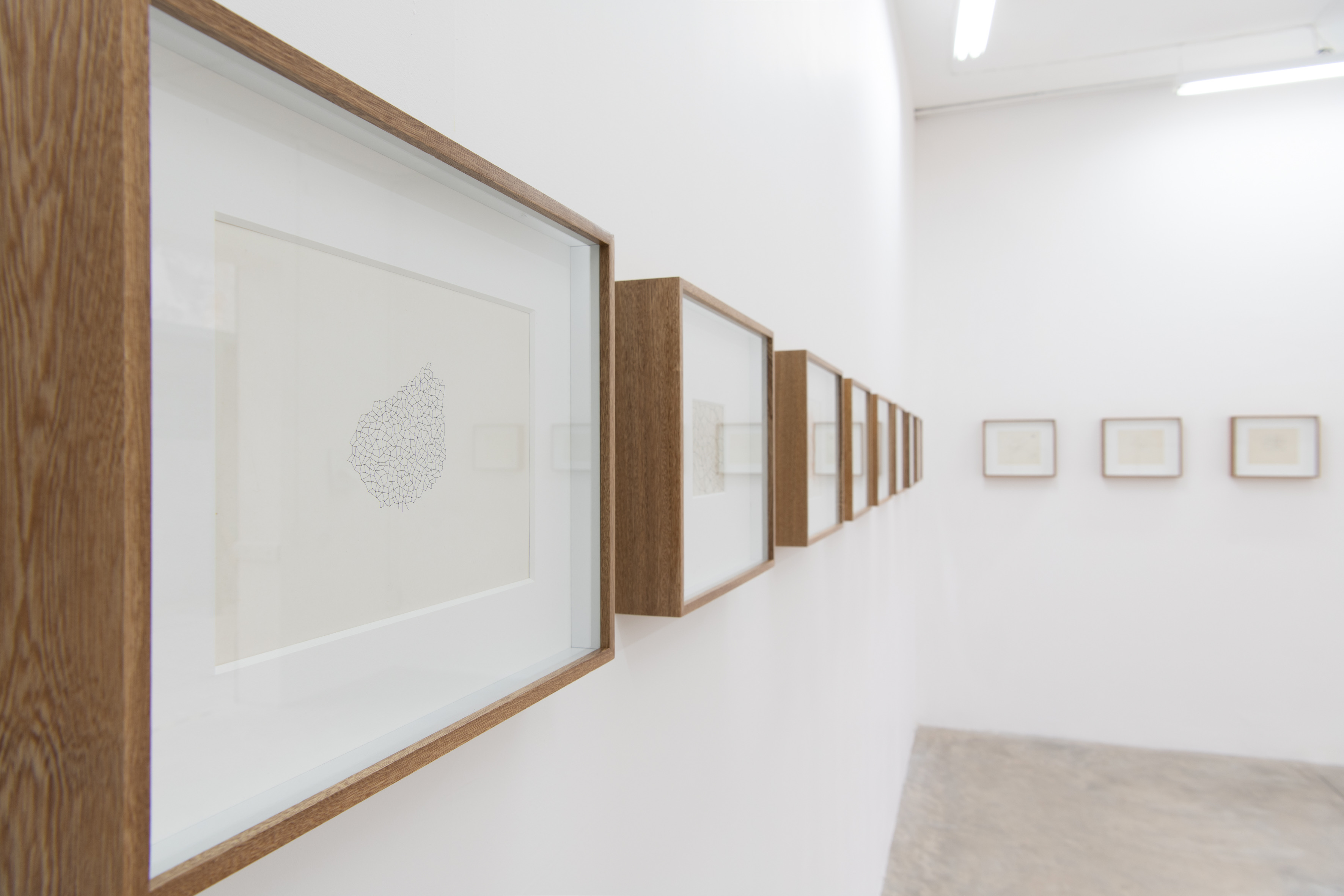 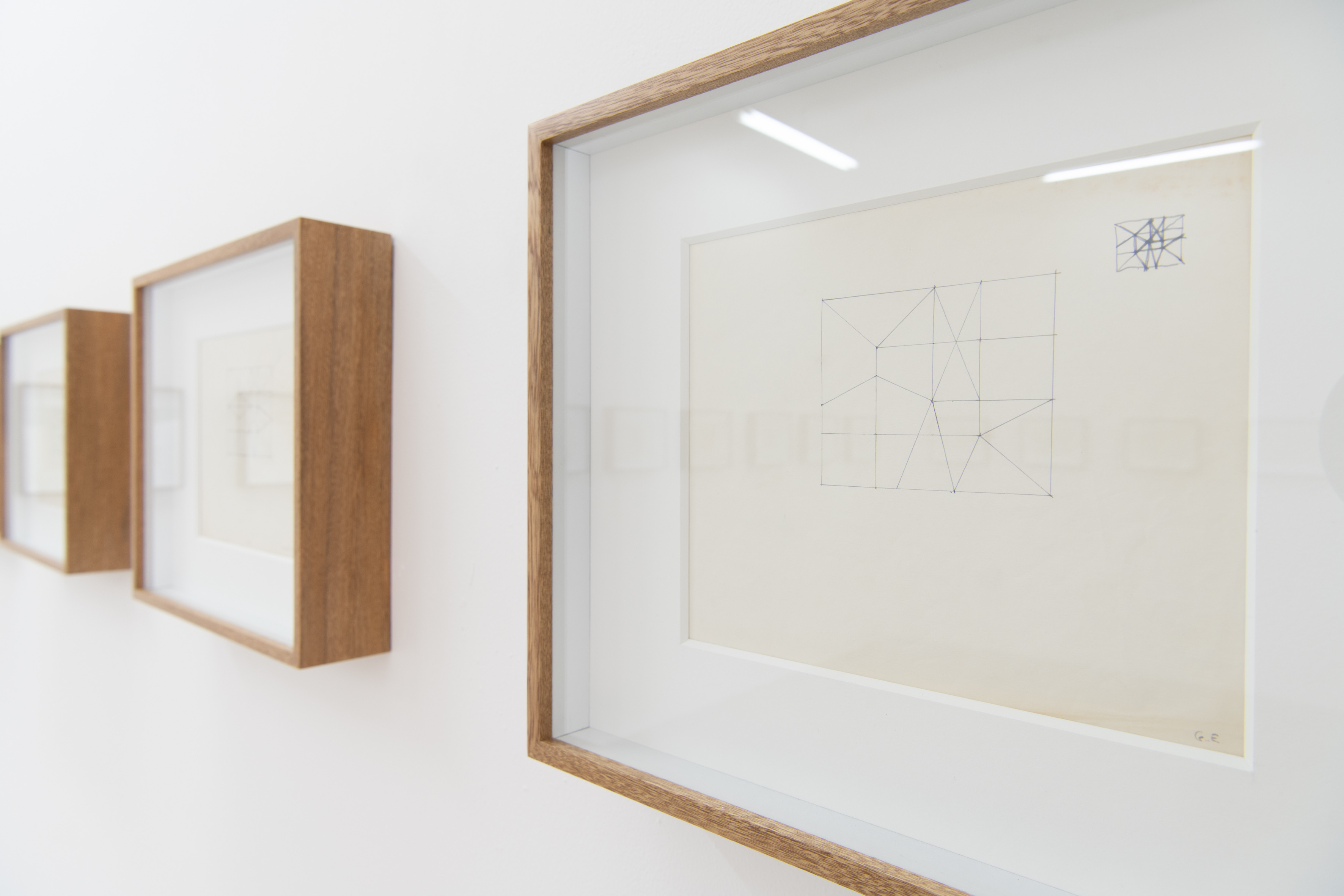 The earliest of these works were made while Evans was still a student at the prestigious Slade School of Fine Art in London in 1960, while the latest is dated 1976, a few years before Evans relocated to the United States.

These drawings show Evans thinking through ideas for the white reliefs, a series of minimal wall mounted works, which were the first works Evans produced and exhibited after leaving art school. As the drawings continue, they engage with the “carpet” sculptures that occupied Evans through the 1970’s. These later drawings from the 1970’s are concerned with the animation of the entire surface of the paper in a way that is comparable to the manner in which the carpet sculptures animated the ground that they occupied.